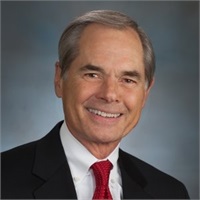 Bob started his career in financial services with Penn Mutual Life in 1973, following a four year tour with the US Air Force during the Vietnam War. He moved his company to Cheshire, CT in 1979. In 1993 he founded NEi Financial, LLC specializing in wealth accumulation, retirement income planning and business continuation planning, and in 2015 he began a partnership with John Caserta to form what is now known at Caserta & deJongh, LLC. in January of 2016, Bob handed the reigns over to John. While Bob is no longer an active advisor or partner, he remains a constant presence and is an integral part of our team.

Bob was recognized by Connecticut Magazine four consecutive years as one of the top wealth advisors in Connecticut. He is the past president of Penn Mutual's Producers Advisory Council and the was chairman of their Client Management and Technology Committee. He is a past recipient of Penn Mutual’s Blue Chip Award, given to the outstanding advisor of the year. Bob has been a member of the Cheshire Inlands and Wetlands Commission for over 27 years and currently serves as its chairman, is the liaison to the Cheshire Economic Development Council, and serves on the Development Committee and Board of Corporators for Midstate Medical Center.

Bob has been married to his wife, Donna, for over 45 years and has three children and three grandchildren.